In the first episode, Heather sat down with Megan Masterson of Ground Down to discuss her new vegan-owned, earth-friendly business, the benefits of composting, and their Earth Week Challenge going on all this week in celebration of Earth Day on April 22.

Watch the first episode of Vegan Fort Wayne to learn about this vegan-owned Fort Wayne business.

Do you have a vegan-friendly business, service, or product you’d like to discuss or do you have an idea for an episode? Let us know! 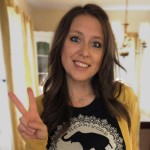 Vegan for over 10 years, Heather is an animal advocate and certified Vegan Lifestyle Coach & Educator with The Veg Academy where she offers help transitioning to a vegan diet, meal planning, and cooking classes. She is the founder of the Fort Wayne Veg'n Brew Fest and Fort Wayne Vegans & Vegetarians group. Heather and her husband of over 25 years are co-owners of the vegan marketing & web design agency, HD Vegan Marketing & Design, and are proud parents to their husky, Baron.